“Related fractions” refers to fractions that have different denominators that are multiples of each other, e.g. 1/2 + 1/4, and is a pre-cursor to adding and subtracting unlike unrelated  fractions, e.g 1/2 + 1/3.

Before beginning this topic, it is important to make sure students have a good understanding of equivalent fractions. Without a firm grasp of fraction equivalence, introducing adding and subtracting fractions will only add to the students’ confusion.

Addition with sum less than 1

As usual, we stress understanding before procedure. Without telling them any rules, ask the students what 1/2 + 1/4 is and most of them will be able to tell that it is 3/4, because they can see it in their mind. 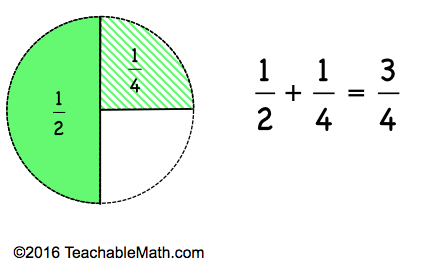 Very often, the students will also be able to deduce the basic rule of fraction adding and subtraction, i.e. the parts must be of equal size before they can be added or subtracted.

Teachers and parents can also follow the Concrete->Pictorial->Abstract (CPA) progression when teaching this module. For example,

Concrete: Start with the fraction wheel as a concrete manipulative, let the students work with simple examples such as 1/2 + 1/4, 3/4 + 1/8 etc.

Pictorial: Transfer the problem to pictorial form. Start with the circle as it is most similar to the fraction wheel,

then translate the problem to the bar model, 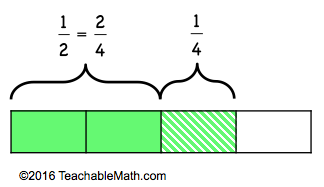 Finally, present the problems in their abstract form, 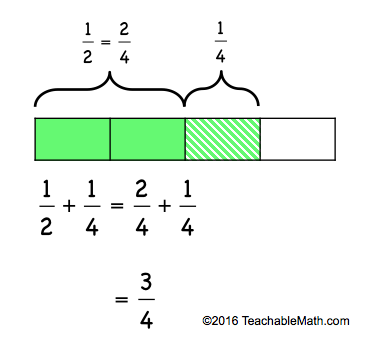 Addition with sum more than 1

Before students move on to fractions that are more than 1, it is important to make sure they can express mixed numbers in improper fractions and vice versa, as well as understand concept of the same whole. Here pictorial representation are especially handy. For example 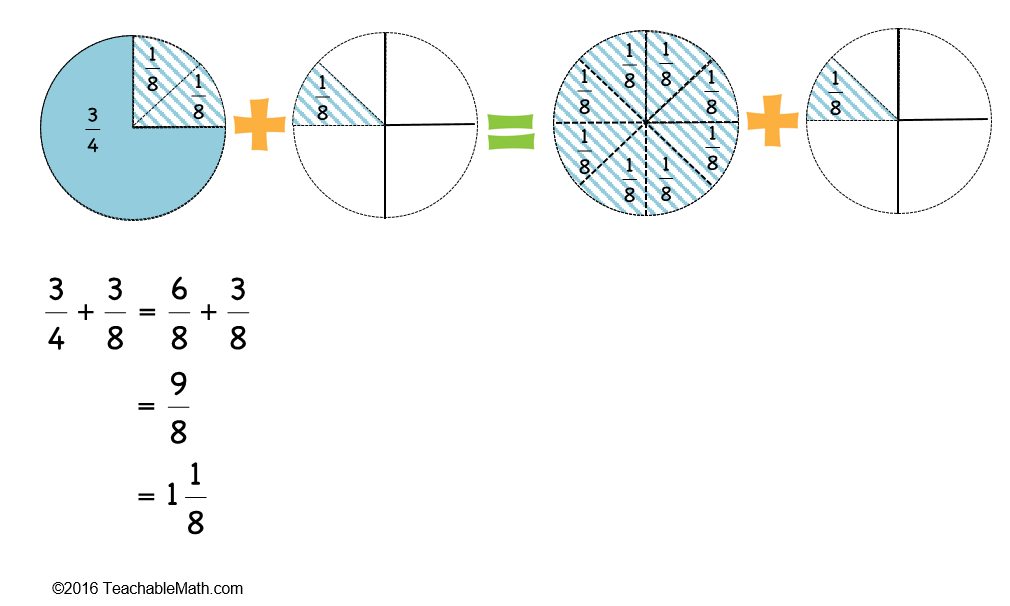 Similar to the previous case, the students understand that addition is only possible when the parts are of equal sizes. By drawing two “units” in the figures, students will be able to appreciate that the final sum is greater than 1.

Subtraction with related fractions less than 1

Similar to addition, we first start with a concrete manipulative like the fraction wheel and move on to pictorial representation. The objective is to make sure students understand that the same rule applies – that the parts have to be of the same size before subtraction. 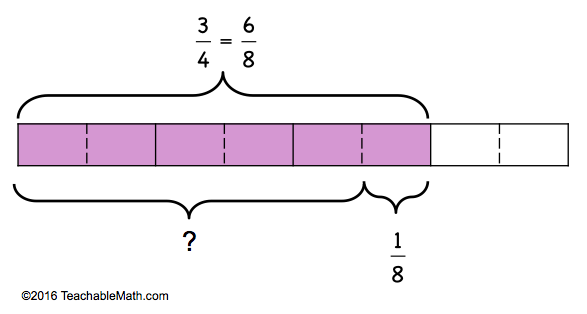 Subtraction with fractions more than 1

In general, there are two ways to solve problems involving subtracting a fraction from a whole number. For example 2 – 1/3 can be solved by: 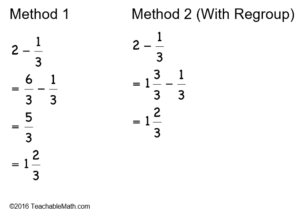 We teach subtraction from mixed numbers only after the case with whole numbers are understood by the students. Similar to whole numbers, we can approach the problem using two methods: 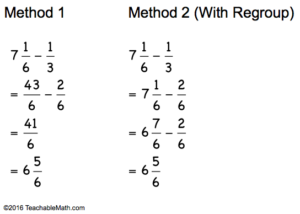 The second method involves the concept of regrouping, which is why we introduce the case with whole numbers first. Again, we favor the second method over the first because there is less room for errors.