After we learn about Multiplication of 1-digit numbers with 3-digit numbers, we’ll next go deeper into division. The concept of remainder is specific to division and may be challenging for some students. Hence, before jumping straight into division with remainder, it is better to first understand the concepts of quotient and remainder, and treat cases with and without regrouping separately. For this lesson, we’ll cover three objectives – mental division, introducing quotient and remainder with regrouping, and finally division with regrouping.

For mental division, we’ll first start with a simple division and use it to illustrate bigger numbers. For example, for 360 ÷ 9, we have:

Here, we discover that, when we divide a number of concrete objects into equal groups, we’d sometimes find that there are objects “left over” as remainder. In such cases, we’ll simply write the answer as a quotient and a remainder. For example, 24 ÷ 2 vs 25 ÷ 2: 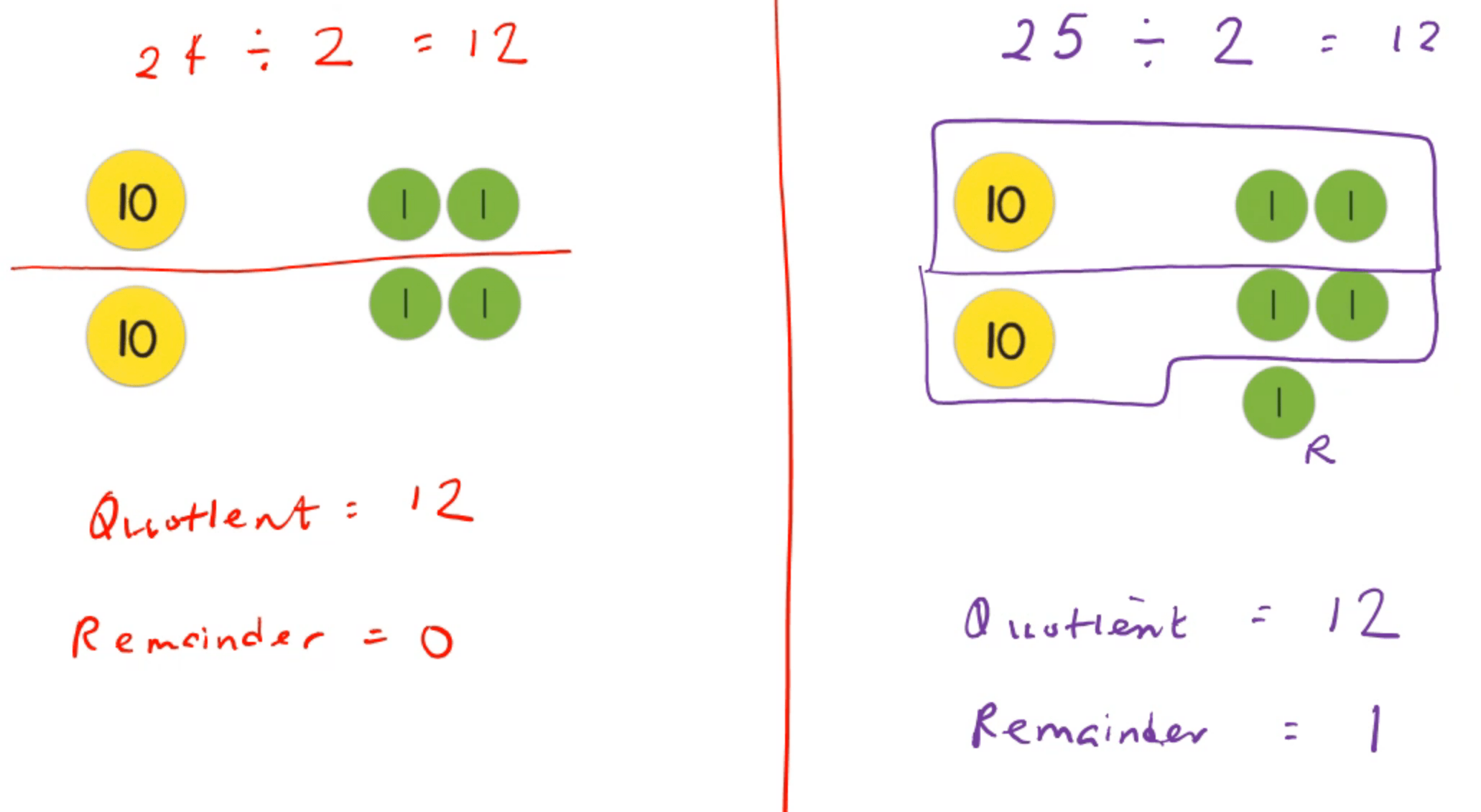 We first work on division problems that do not involve regrouping and remainder to get students familiarized with the operation, e.g. 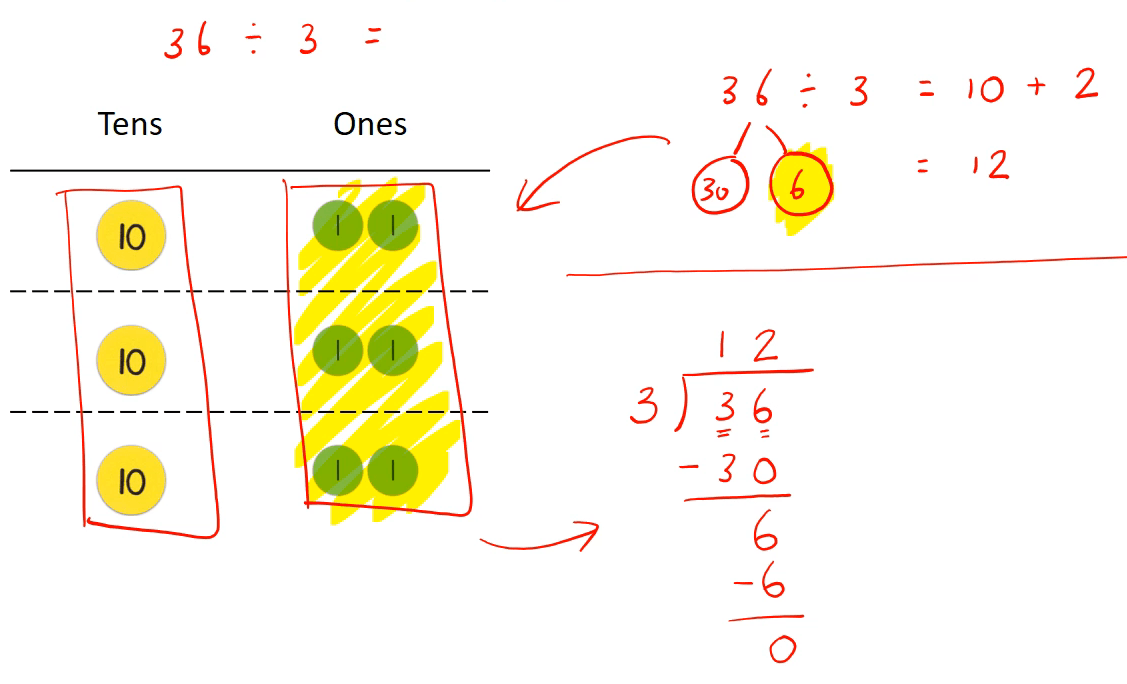 Division Without Regrouping – With Remainder 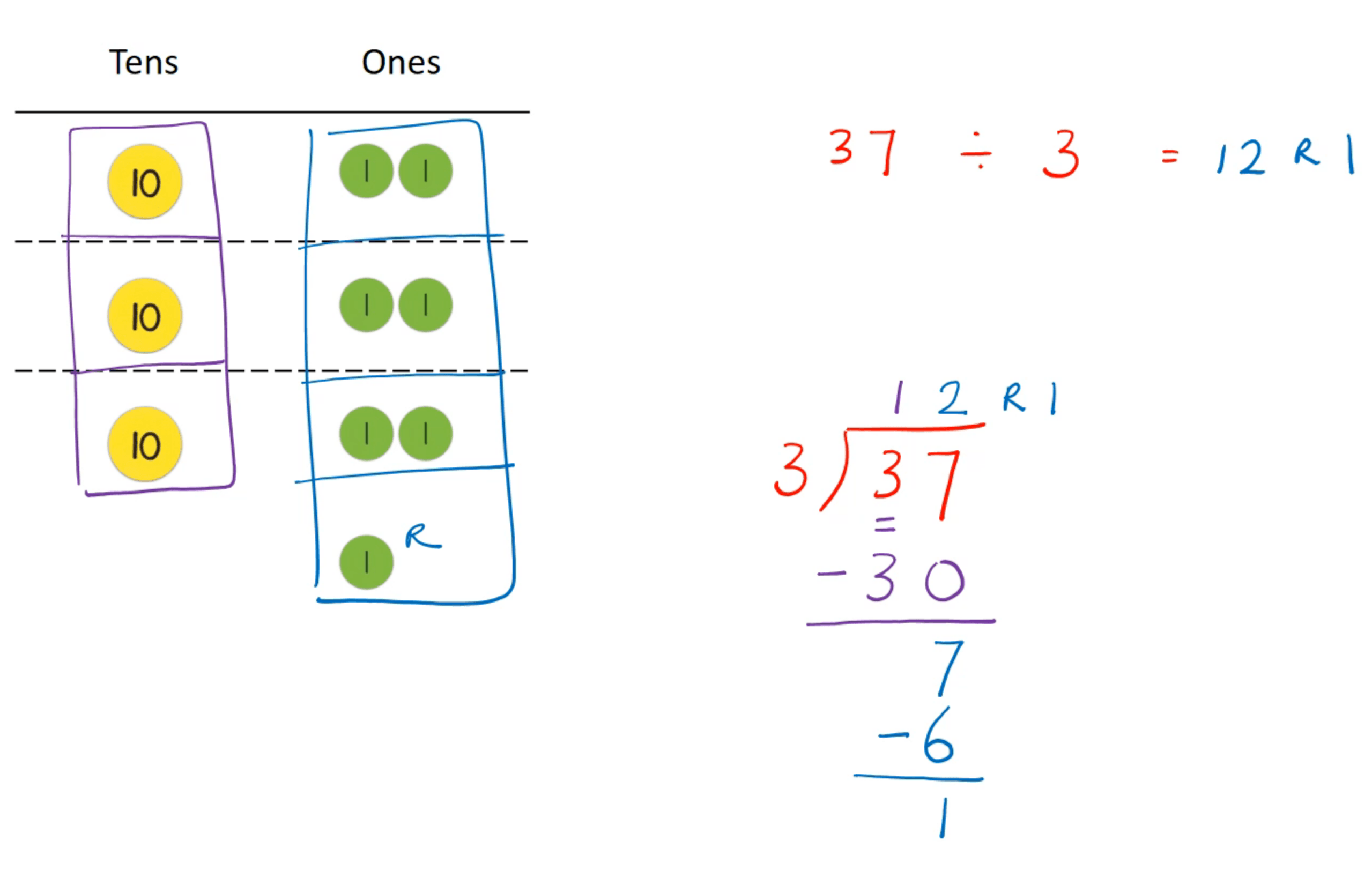 Then, we’d introduced division problem that involves regrouping. For example, 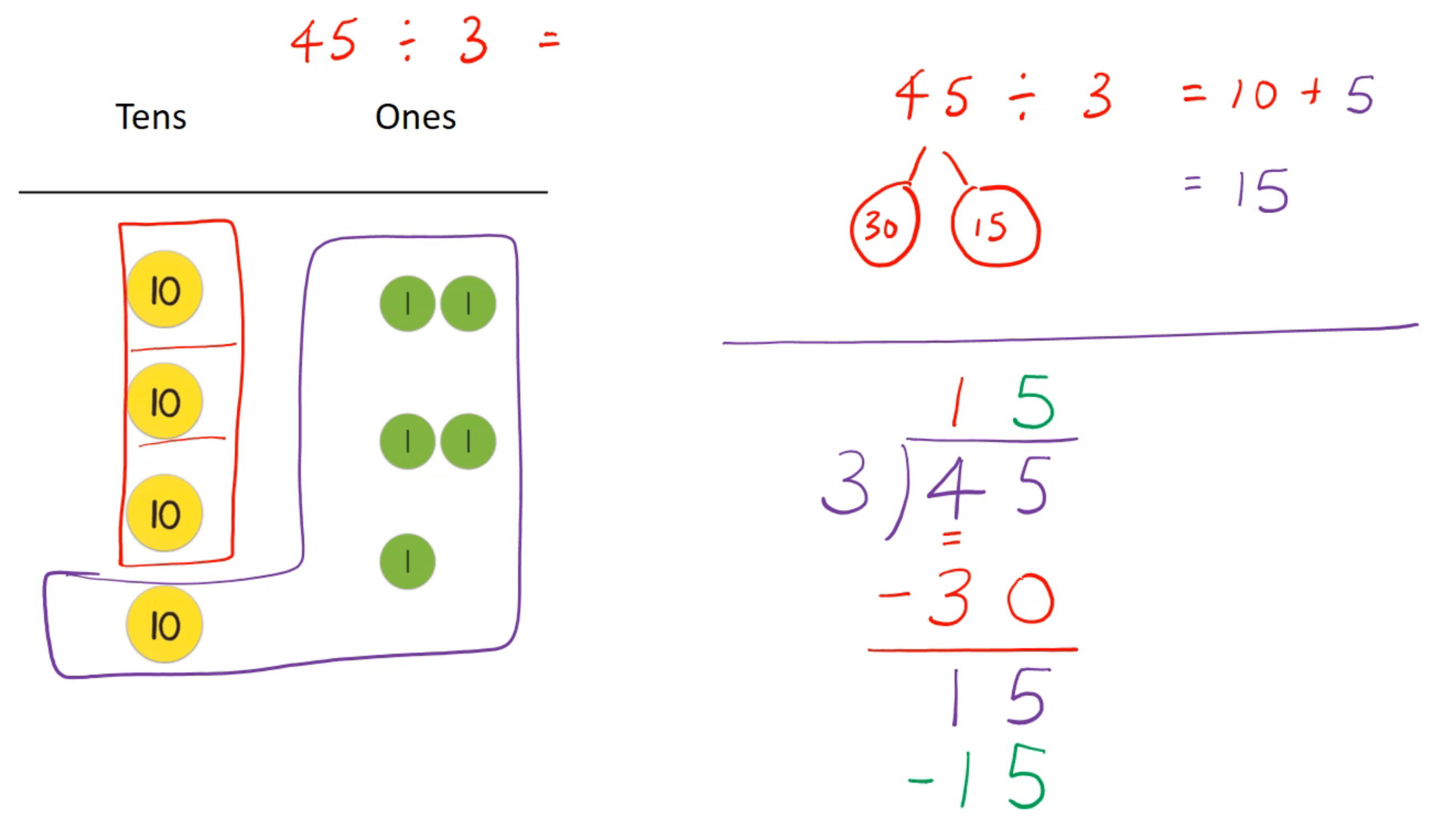 Here, 4 tens cannot be divided evenly by 3 (since we’re only dealing with whole numbers). Hence, we regroup one of the tens with the ones to get 15 ones.

We can also see that the number 45 can be decomposed into 30 + 15 and show the decomposition using number bonds.

For more related resources, please refer to our Multiplication and Division page.

1 thought on “Division – Remainder and Regrouping”